* During World War II, the British de Havilland company developed a single-engine jet fighter, the "Vampire", with a distinctive twin-boom configuration. The Vampire proved very successful in the immediate postwar period, becoming one of the most important first-generation jet fighters. It led to an improved derivative, the "Venom", which was built in some numbers. 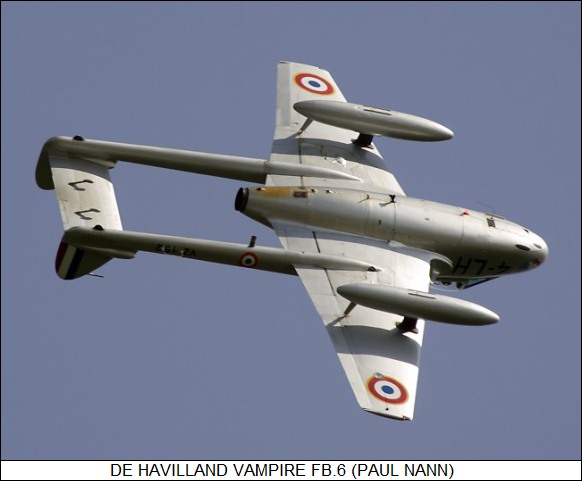